We woke up to a another perfect morning here in Meldrum Bay, but today is the day we have to say goodbye to this lovely little port and move on. Breakfast consisted of Elena's amazing chocolate croissants she had given us the night before when she had opened her store after hours just so we could get some eggs...we're really going to miss this place!

Today the plan is to run to Blind River to purchase some more charts, fuel up, then head due east to the entrance of the Whalesback Channel. This picturesque channel received it's name from a giant rock formation in the middle of the channel that is said to resemble a large whale. 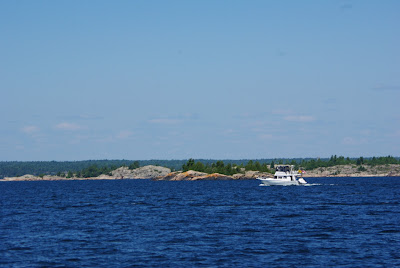 As we passed Sanford and Turnbull Islands the rock formations became increasingly more stunning to look at but focus had to be kept on the task at hand which was navigating thru this sometimes treacherous passage. Soon we arrived at the entrance to the Whalesback channel marked by Turtle rock to the starboard side. 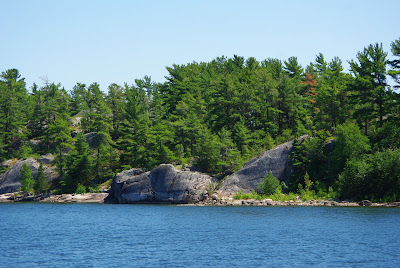 We slowed our steady cruise to a crawl as we navigated around rocks barely visable under the water, but still perfectly positioned to cause catastrophic damage to our outdrive. Upon entering the opening to Beardrop Harbour we felt almost overwhelmed by the beauty of our surroundings! 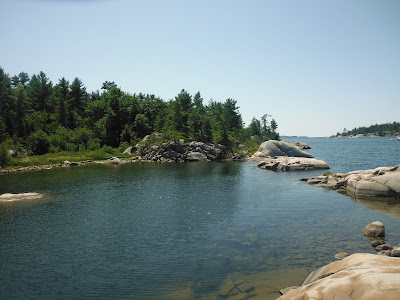 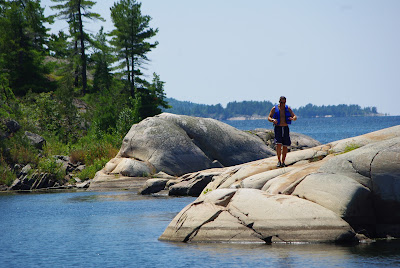 With a stiff west winds blowing we decided to anchor in the western end of the Harbour so the high rock walls would block the winds for us. After setting the anchor Ben quickly hopped in the kayak and ran a line to a large rock on shore. 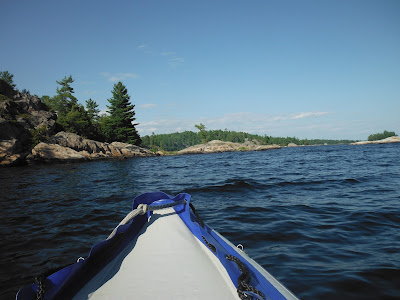 Once we felt secured in our anchorage we both climbed into the kayak to explore our surroundings. We exited Beardrop Harbour on the kayak through Bear Notch on the southern shore and suddenly found ourselves all alone in one of the most stunning sections of the Whalesback channel. It was a perfect moment when we looked up and saw a huge Bald Eagle soaring overhead. 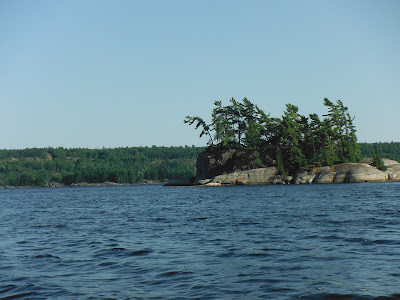 We explored every little notch and cove we could find and before we knew it we were miles away from our boat. We turned back inland at Bearfall Cove which was connected to our anchorage thru a winding and narrow channel. 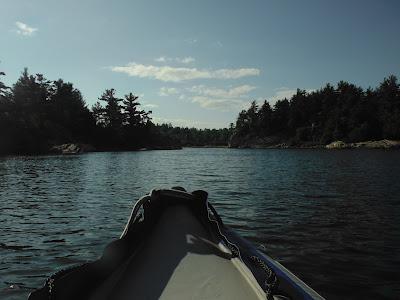 With all the paddling, and the last half of it into a strong west wind, we worked up quite the appetite. Ben grilled the chicken breasts and vegetables given to us by our new friends from "Riverwalk" and "Sapphire" we met in Meldrum Bay. 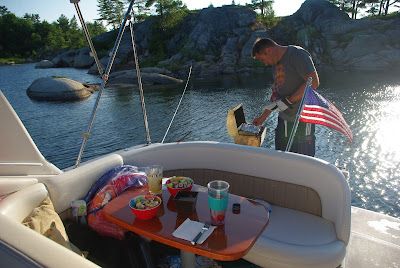 After dinner we climbed up the rocks behind our boat to catch what was sure to be a great sunset. The wind had finally subsided, the water flattened out to glass smooth, and as the sun set in an explosion of color. We could only describe this moment as perfect! 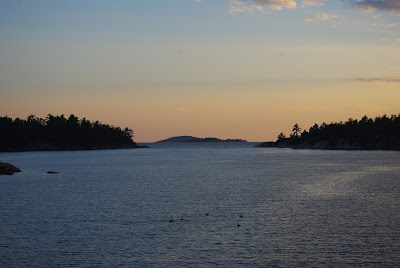 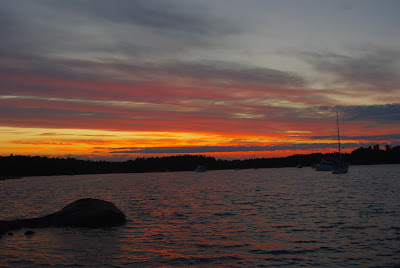 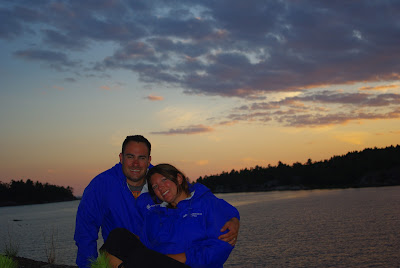