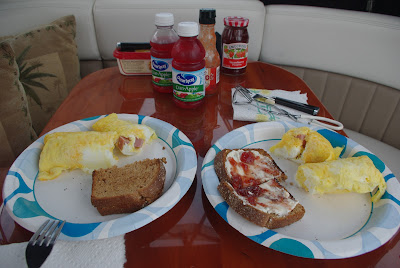 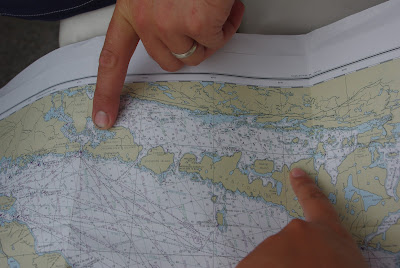 Still anchored at Harbor Island, we made omelettes & toast for breakfast on the camp stove, and planned out our route (note: on the map we're pointing to Gore Bay, our intended destination) 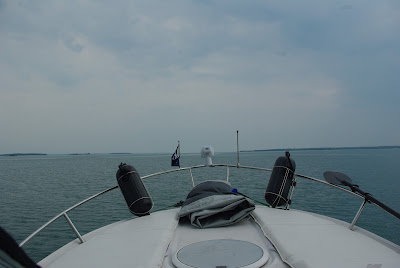 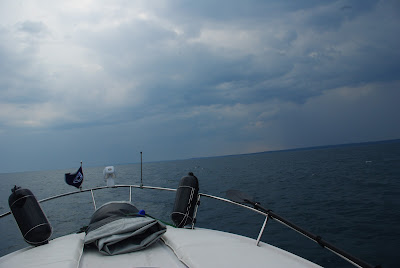 We followed the GLCC directions to get away from the islands and into the North Channel, soon crossing into Canada! Winds were out of the southeast and were often gusty, especially near the False Detour & Mississagi channels. Waves at this point were approx. 3ft and we slowed our cruise down. 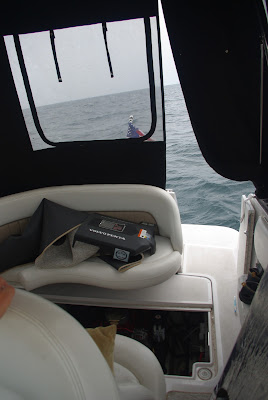 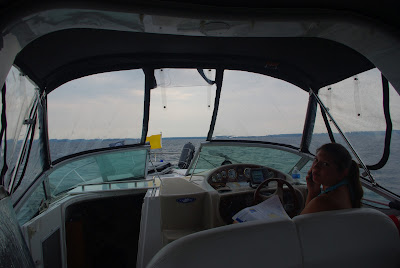 Once the winds slowed down a bit, we got back on plane only to have the boat abruptly stop as we looked at eachother in shock. We tried starting back up and checked everything out, but the engine had died and we were floating just north of Meldrum Bay & Vidal Island. We have tow insurance through Boat US, but they don't have anyone in Canada to tow, so we would have to pay out of pocket (possibly in the thousands) and get reimbursed when we returned. This wasn't really an option for us, so we called the Canadian Coast Guard (out of Thunder Bay) on the radio. The woman who responded was super-friendly and helpful, and issued an alert to boaters that we needed assistance. 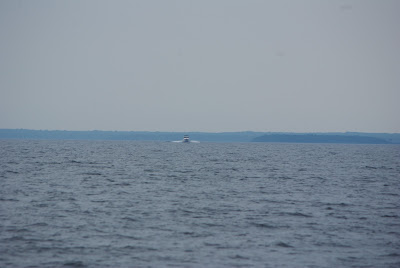 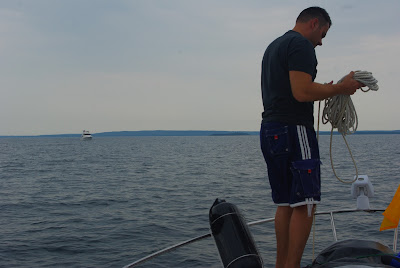 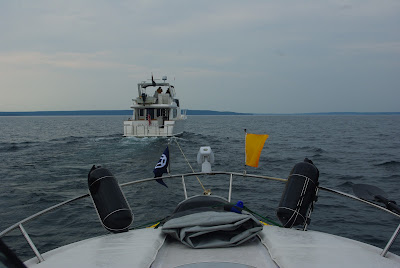 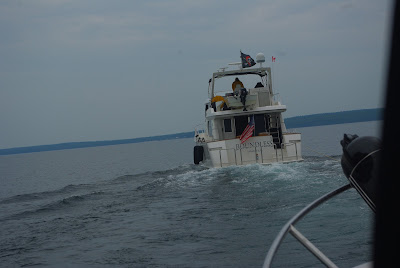 And so Seapickle began her first tow experience, when we were aided by Tom & Elaine on "Boundless" out of Sarasota, FL. They were approx. 4 miles east when they heard the call, and were headed to Meldrum Bay for the night, so they were happy to help and we were extremely grateful! They towed us into Meldrum Bay Marina and we tied up at the fuel dock, aided by harbor master Peggy who enlisted the help of a dingy to get us into a slip for the night (and possibly longer). Ben had to stay on the boat for a bit while I checked into Canadian Customs using the phone inside the marina office, but we were quickly cleared and settled in to figure out our situation.

Ben was able to narrow the problem down to the ignition coil, and given that it was Saturday evening, we had no choice but to enjoy our stay in Meldrum Bay and make the best of it! Our best bet at this point was to see if we could borrow someone's car on Monday and head into Gore Bay to look for parts. It didn't help that we had NO phone signal or internet access, and the nearest town was 30 miles away! 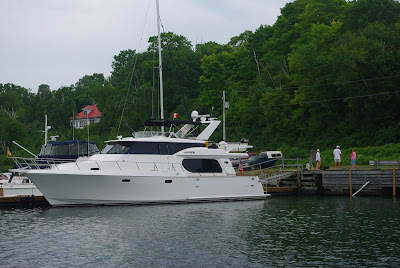 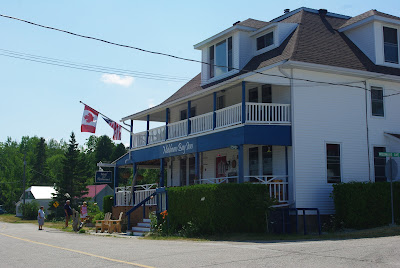 Since we decided to make the best of things, Tom & Elaine were generous to invite us for cocktails on their boat "Boundless" (pictured above) and to dinner at the Meldrum Bay Inn down the street! Dinner was wonderful, and we were feeling that maybe everything would be ok after all. 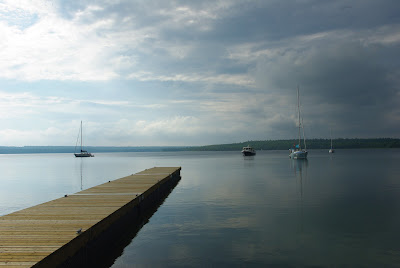