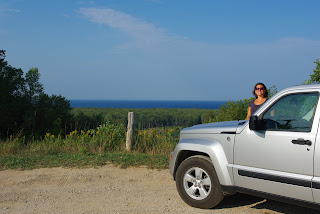 We woke up early Tuesday morning excited about our roadtrip planned for the day! We rented a jeep and were ready to explore the Leelanau peninsula and the ports we were not able to fit on our trip! It was a beautiful drive up the east coast of the leelanau peninsula from Traverse City, and then back down on the west coast of the peninsula. 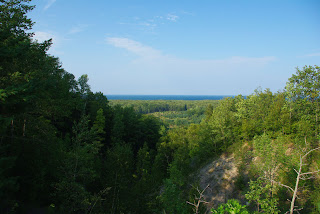 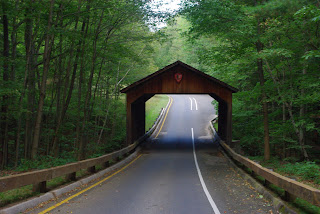 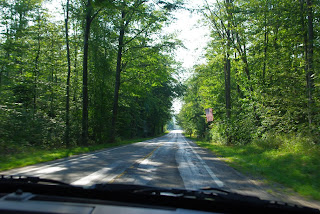 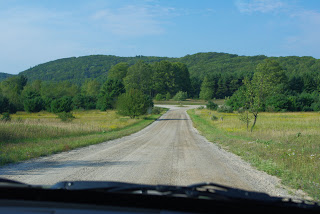 We started up the coast on the east side of the peninsula, and the drive was beautiful! Our first stop was in Suttons Bay, which we had heard good things about, and we loved it! We parked and walked around by the marina & downtown, just taking in the small town vibe. 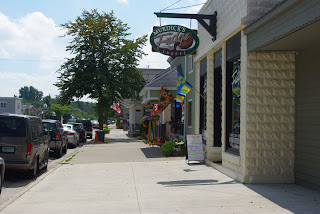 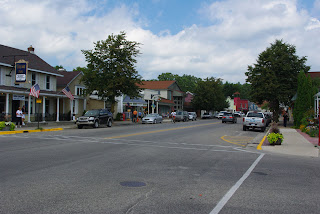 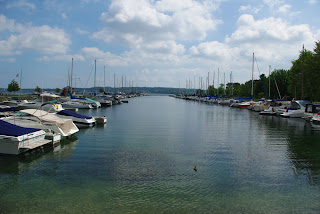 We continued up the coast to Northport, which was much smaller, but still a cute stop! The marina was very nice and everything in town was within walking distance to the marina. Overall it seemed like a nice place to stop, but I'm not sure we would spend more than a day there. 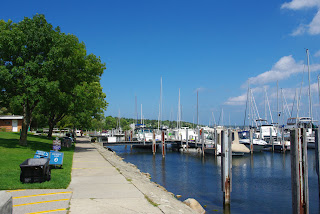 .
Our next stop was the Grand Traverse lighthouse. We had a lot of fun exploring, looking around the museum, climbing up to see the view from the top of the lighthouse, and spending some time on the rocky shore. I think that would have been a cool job to have, although in the history of the lighthouse only one woman temporarily held the post. They had binders and binders of all the old lighthouse keepers records to read through, dating back to the 1800's. 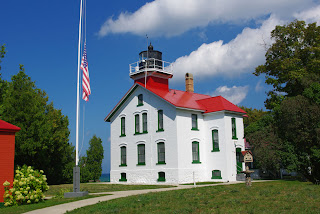 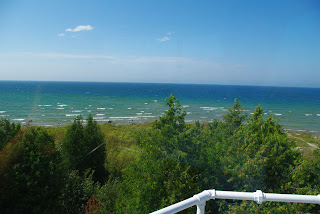 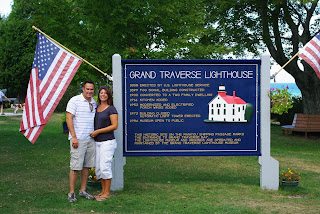 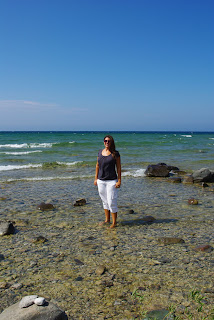 Driving along the top of the peninsula, I could see pyramid point on the map, and a road that looked like it went close by it. So we took an impromtu turn down a dusty gravel road that led us into the forest near the coast. We stopped for some photos along the way, then found a parking lot that had a trail up to pyramid point. If you saw one of our previous posts, we found safe harbor outside pyramid point, where we had lunch on the way to charlevoix. It was so beautiful, we wanted to see it from the land side too! We passed a sign that warned of cougar sightings in the area, so armed with my cougar fighting stick, we started out on the trail. We didn't see any cougers, but we did meet a cute little porcupine! Have you ever seen a porcupine in person? I hadn't! And I also didn't know they climed trees! Anyway... about a quarter mile in we reached the cliffs of pyramid point. The dunes were very steep here, so we just admired the view from the top for awhile and took a rest, then followed the trail back to the rented jeep! 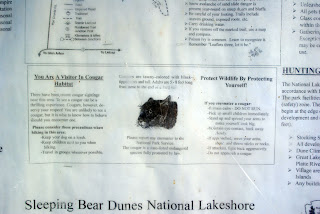 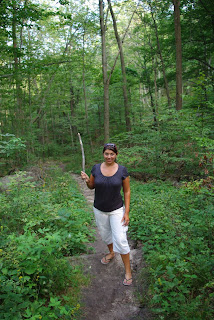 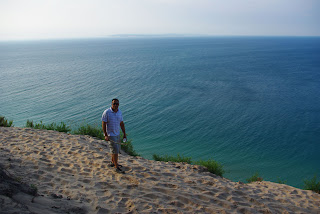 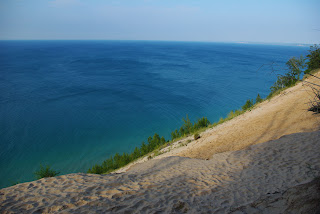 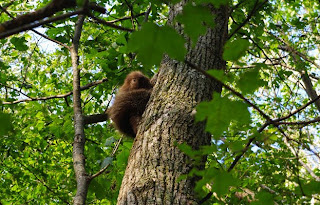 Moving south on the west side of the peninsula, the next town we came to was Leland! We walked around Fishtown for a bit, then had lunch/dinner at the Bluebird. The food was good and it had a cool atmosphere, so it turned out to be a good place to stop! The marina in Leland looked really nice, with rocking chairs on the porch, so it might be a good port to stop in on our next trip! 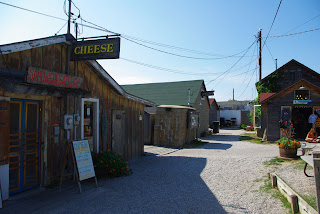 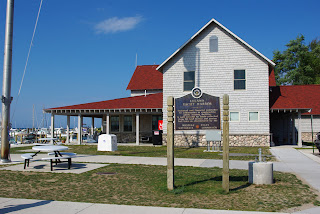 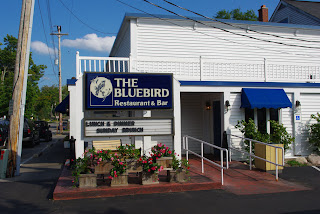 We ended the day climbing up the dunes at Sleeping Bear National Park to watch the sunset, but the clouds moved in and instead we got some cool cloud photos! 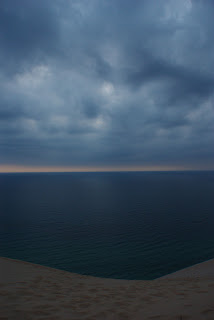 When we got back to the marina and checked the marine forecast for the rest of the week, we were starting to see some bad conditions on the way. Up to 12 foot waves and gale warnings! We had some decisions to make, and a lot of marine forecasts to check to decide if we would be able to continue on our scheduled itinerary.

We had a Four Winns factory tour scheduled for the morning, so we decided to wait until after that to make any decisions, and I think we both had a bit of restless sleep trying to weigh the options that night.